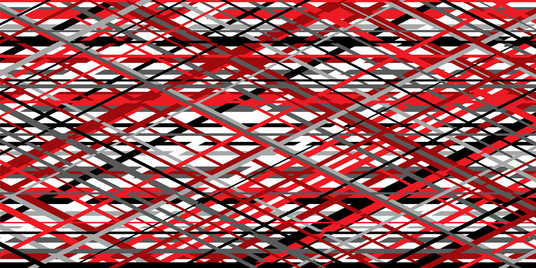 This piece was one of 12 selected as part of an art competition conducted by the Bethesda Urban Partnership in March 2012.  The final piece is 48"x96" and is printed on vinyl mounted on aluminum.
Artist Statement:

Artist Statement:
While most locals and tourists are aware that Washington DC is a city full of memorable museums and monuments, many are surprised to learn that most of the City's subterranean Metrorail stations reflect a common "monumental" iconic design, characterized by their distinctive exposed concrete modern architecture.  Their highly repetitive, brutalist, pattern language serves as a static background against which one can measure the passage of time through the regular, rhythmic movement of the trains.  This painting attempts to capture the dynamism, time, motion and energy of the streaking red tail lights of the trains as they enter and depart the Bethesda Red Line station, leaving behind those seemingly limitless, shadowy concrete barrel vaults, over and over again, countless times, every few minutes, every day.